If message and feeling shape one of the essences of art, the way this art expresses itself is not something alien. The form then becomes one more component of the same artistic language and, in an inseverable way, it also gives an answer to the very conception the artist has of the work.

Thus, art is presented to us in a diverse way as it is diverse itself, and the techniques, materials and the forms coming out of this diversity shape a substantial part of the same artistic work.

One of these artistic forms, original and representive of what I am saying, we can find precisely in this magnificent group, the Mini Print International, Cadaqués. A comprehensive show which presents an artistic conception starting from a small format, that involves new proposals that enrich the universal language of art.

The Mini Print International Cadaqués is a manifestation which, year after year, proposes the challenge of offering itself as a platform for artists from all over the world to make their works known precisely in this singular village in Catalonia called Cadaqués, such a relevant spot when talking about the 20th Century art. 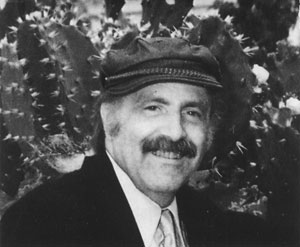 The Director of the Mini Print International of Cadaqués, who year after year wrote and signed this statement has been unable to do so this year. With great sorrow I am obliged to do it because Pascual Fort died on December 10, 1991. His task, for many years, was to support the creation and dissemination of limited edition original prints, expressed in the most varied techniques and styles from the traditional to the latest avantgarde.

From the first editions of graphics by Catalan artists that he published in the 60’s until the formation of the Mini Print International of Cadaqués, his mind never stopped thinking of ways to spread the printmaker’s work not only in Catalonia but throughout the world.

Until the very last moments of his life he was engaged in the organization of the 11th Mini Print International of Cadaqués’ exhibition in Hawaii and the design and printing of this catalog. He could not carry out any of these plans. The Hawaii exhibition had to be cancelled, but this catalog, as you can see, has been produced.

All who knew Pascual Fort recognized the enthusiasm and interest that drove him in his dedication to the organization of the Mini Print International, Cadaqués. His optimism, hope and energy were inexhaustible.

Now without him, I, his wife and collaborator, will try to continue his work, counting on the necessary support that we have always received from the Departament de Cultura of the Catalan Government, the City Council of Cadaqués and especially from the participating artists who have given strength and form to the Mini Print International of Cadaqués. This new road we are taking without Pascual will be a bit slow and difficult, but I am sure that everyone will understand that this different situation will require a period of adaptation.

I am profoundly grateful for all the offers of help that I have received, as well as the assistance of my children without which this project could not go forward. I sincerely hope that all those who have had any relationship with the Mini Print International of Cadaqués – public, collaborators and artists – will continue to have confidence in us.